For the weekend I joined Team Sun and 1600 other bicycle riders for the Northern California MS150 Bike Tour “Waves to Wine”. I did not know what I get into since this was my first participation in such a fund raising ride. But I must say, it was a lot of fun. I did not really train for a longer bike ride since I’m currently really swampt with work. I do my daily two times 15 miles as part of my commute but that was it. 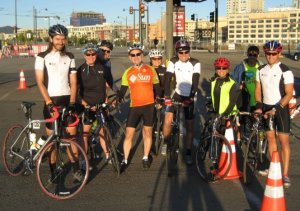 So I was a bit worried before the start on Saturday. But the weather was very nice and the ride was good. It was a great day to ride over the Golden Gate Bridge. The ride was smooth and I kept in my own time esitmates for the something like 77 miles. Highway One is beautyful North of San Francisco, but I guess a couple of motorists were surprised by those many bikes. 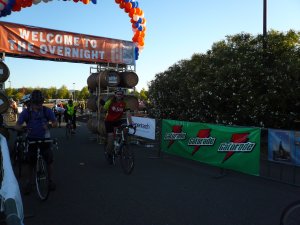 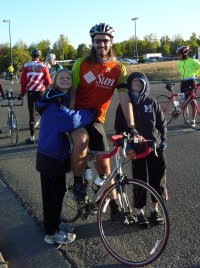 The next morning started a bit cold. But that was OK. I felt fine after the Saturday ride, so we started at 8:00.  The route went over small roads through the wine country. We did not meet too many cars and it was all around very nice. 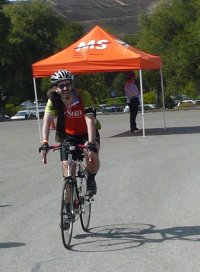 The 75 miles went by quickly and I reached the finish line around 2:30.

Overall it was a fun weekend. And the outcome as a fund raising effort was also quite good. I was able to raise over $ 750 and Team Sun  with it’s fifteen riders raised over $ 11,500. So it was a big success. The consensus from all the riders I’ve seen after the ride is that we will be doing that again next year.

As always, have fun out there.